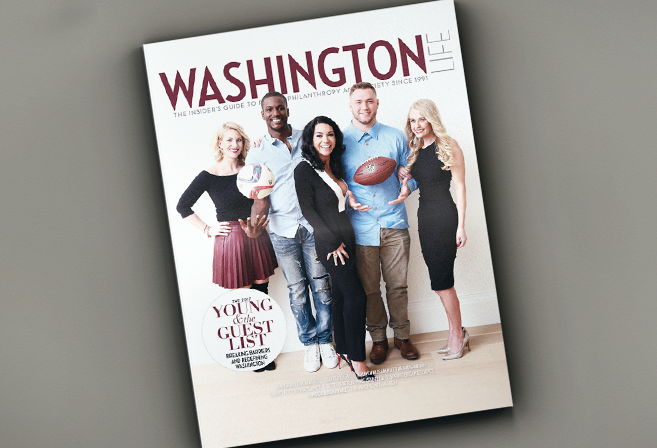 “The two covers reflect the vast range of accomplishments of young people in D.C.,” says Washington Life Executive Editor Virginia Coyne. “It was important for us to showcase journalists, many of whom made their mark during the 2016 presidential campaign,” says Coyne. “We also felt highlighting successful sports figures and women in business reinforces that politics and journalism are no longer the only professional games in town.”

BY THE NUMBERS: There are more than 300 names on the 2017 Young and the Guest List. Washington Life chose to photograph 40 people who caught our attention this year.

The list includes 12 members of Congress. Four were photographed, including Rep. Elise Stefanik (R-NY), the youngest woman ever elected to the U.S. House of Representatives; Rep. Stephanie Murphy (D-Florida), a Vietnamese refugee who was rescued at sea by the U.S. Navy as an infant; Rep. Ruben Kihuen (D-Nevada), the first Latino from his state to be elected to the U.S. House of Representatives; and Rep. Scott Taylor (R-Virginia), a former Marine who, as one of his first acts in Congress, flew to Dover Air Force Base to meet the body of a fallen soldier from his district who was killed during an antiterrorism mission in Yemen ordered by President Trump.