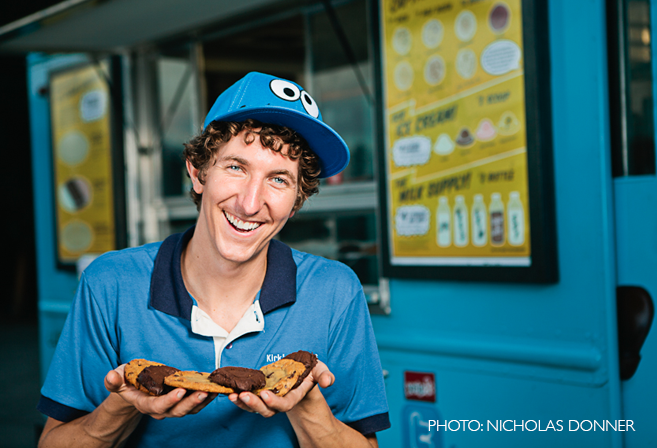 D.C.’s food incubators just keep coming: The latest is Tastemakers, a commercial kitchen and retail space slated for Brookland from the owners of the Captain Cookie and the Milkman food trucks and retail store.

Captain Cookie founders Kirk and Juliann Francis have leased an 8,000-square-foot warehouse at 2800 10th St. NE, about a half mile from the Brookland-CUA Metro station. The former mayonnaise factory is less than a block from the Right Proper Brewing Co. production facility and just a couple of blocks away from Mess Hall, another food business incubator.

Tastemakers will have a large commercial kitchen with cold and dry storage, as well as space for as many as eight vendor kiosks where members can sell their wares. There will also be a shared office space with a conference room and a demonstration kitchen.

Kirk Francis has been searching for the last year for a site with proximity to Metro, three garage bays and onsite parking, what he calls a “unicorn combination.” Bethany Kazaba of Neighborhood Retail Group represented the tenant.

The husband-and-wife team will spend a little more than $1 million to build out the facility, a combination of self financing and a small business loan. They hope to open in August or September.

Tastemakers will be at least the fifth food incubator in D.C. — in addition to Mess Hall, there are two Union Kitchen locations and TasteLab— but Kirk Francis believes he has a solid business case, given the volume of small food businesses and the dearth of space.

Captain Cookie has been baking out of a commercial kitchen in the Union Market district, but that space is slated for redevelopment, prompting the owners to begin the search. The business, which has gone from one food truck to four and added a wholesale business and retail store, also has started to outgrow that space.

The couple plans to have an open layout to allow for maximum flexibility, so that smaller businesses can make products as easily as a caterer prepping for a 500-person banquet. Having worked out of commercial kitchen spaces for the past five years, they’re trying to address “choke points” by putting in at least four dishwashing sinks, oversized walk-ins and three different hot cooking stations.

The Francises also expect Tastemakers to be popular for food trucks, given that some of the existing incubator spaces don’t have parking. Captain Cookie will park its three local trucks there — the fourth operates in North Carolina — and Kirk Francis expects the lot can accommodate six to 10 other trucks.

They expect to be able to accommodate between 25 and 40 members. The kiosks will be a mix of members; there will be a Captain Cookie kiosk, natch, and Francis envisions a mix of other foods that lend themselves to quick service. He doesn’t have pricing information yet.

As for the name, the Francises looked to honor the makers that are really driving the “culinary renaissance” of D.C.

“A lot of these little guys starting a pickle business or a Korean taco business are really shaping the trends and the tastes that dominate in D.C.,” he told me. “We wanted to reference that.”