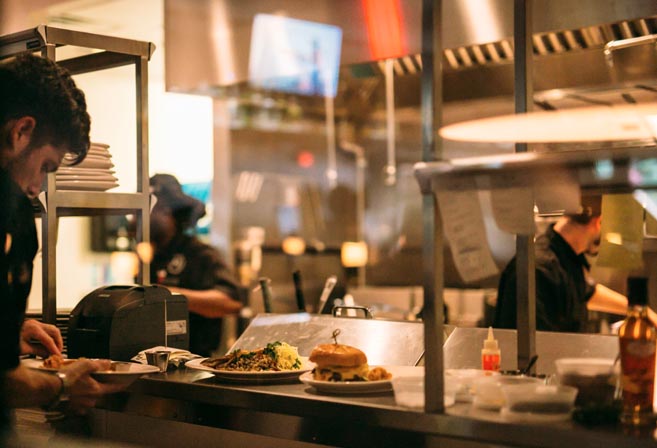 Businesses, especially in the restaurant sector, are facing some really tough realities right now.
But landlords are not far behind…

An estimated 10% of all independent restaurants in the U.S. could shutter by year-end because of the coronavirus, according to financial firm Stephens, The Wall Street Journal reported. Steiner and other restaurateurs in D.C. think the 10% figure may be low, but even so, it would have a massive impact on the city’s business landscape.

During the crisis, D.C. restaurants have experienced a 75% decrease in sales, RAMW CEO Kathy Hollinger said in an emailed statement. “The public health emergency has disproportionately impacted the restaurant industry,” Hollinger said. “This is simply not sustainable for an industry that has limited reserves and high fixed costs, such as rent.”

“The percentage rent victories have been few and far between,” Jacobson said. Jaconbsone is the co-owner and Director of Operations for Thamee in Washington DC. “I think that’s because of the shortsighted refusal to accept our current conditions. This is the reality. If they think that there’s a secret moneyed tenant waiting in the wings, I think they’re going to have a rude awakening when their buildings sit vacant.”

Neighborhood Retail Group CEO Bethany Kabaza, a broker who represents restaurants, said she has seen more landlords express an openness to the percentage-based rent model as the pandemic has continued. But she said she still doesn’t see enough understanding from landlords that the market has changed fundamentally and requires an overall reduction in rents over the long term. “At this time, I don’t see landlords being willing to accept the correction in the market of what rents should be, because if they did they would realize the percentage rent is still a great deal,” Kabaza said. “A lot of tenants were paying too much to begin with, and that’s why you have all these closures.”

Read more of this article in Bisnow DC – click here.